It’s been much too long since I’ve been able to get out and hike in the PNW! I’ve been so busy–I went to the east coast, then to Hawaii, and since then I’ve just been trying to catch up and fight jet lag. This weekend, I was lucky enough to be able to get out and enjoy the mountain again–probably one of the last times I’ll go down to Rainier this summer. We decided to try Skyline Trail on the Paradise side of the mountain. Skyline is a 5.5 mile loop with a relatively small elevation gain (around 1500 feet), although much of the incline happens at the very start. As with any hike in the national park, remember to bring your America the Beautiful Pass (or $25 for the entry fee) and dogs are not allowed. I would also recommend arriving at the parking lot early–we got to the Paradise lot around 10AM and it was already filling up quickly.

We started up the trail behind the visitor center/restrooms and, while the first stretch is paved, the ascent up is brutal until about half a mile in. The views make the climb that much more pleasant though, with rolling green fields, wildflowers and the mountain up ahead. We passed by a couple of waterfalls and stopped to touch the packed-down snow on the side of the trail. There were also quite a few chipmunks and marmots roaming near or on the trail, and none of them seemed too disturbed by all the foot traffic. As you get closer to the top of the loop, the trail gets much rockier and there are lots of uneven steps to climb.

Sidenote: One option for hikers who are looking for a more difficult trek might consider going all the way to Camp Muir via Skyline Trail–we saw many hikers with large packs, helmets and even snowboards/skis headed up to the highest point on Rainier that doesn’t require a climbing permit. Camp Muir-bound climbers can be seen far in the distance on the snowfields–it’s amazing that the mountain looks so close, yet is so far away.

We ended up going up past Panorama Point to High Skyline to take our pictures, but passed it on the way down. The views from the top were breathtaking and I would highly recommend this hike to anyone looking for a moderate hike with great payoffs. The trails are so well-maintained and well-marked, making it easy to keep to your intended hike. The only thing I would change if I did this hike again would be to bring more water–it was hot. Lastly, I suggest that anyone wishing to start the hike from the Paradise parking lot rather than a couple miles down the road should get there early–there were hundreds more cars when we got back to the trailhead around noon. 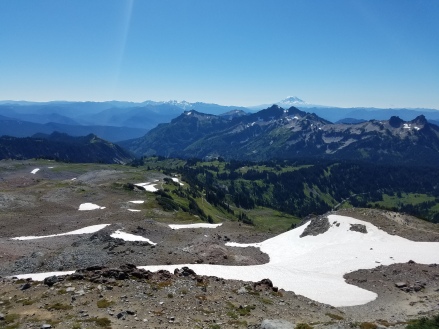 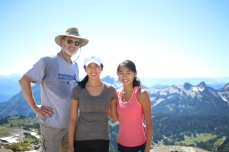 Bonus: While I was in Maui, I hiked Wailua Falls! See pictures below. 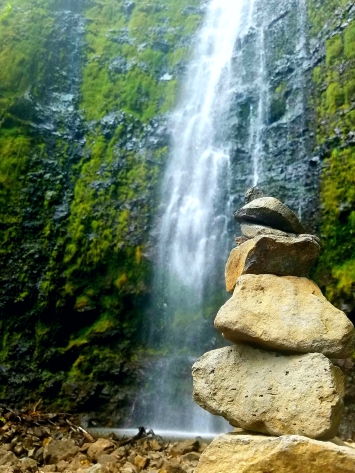 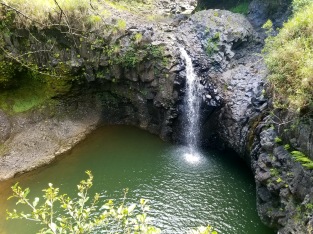